As the impact of the pandemic takes a serious toll on youth mental health, Grant Us Hope is now implementing Hope Squads in more than 200 schools across Ohio, Kentucky, and Indiana.

CINCINNATI – May 16, 2022 – The Cincinnati-based non-profit focused on creating communities of leadership and mental wellness advocacy to prevent teen suicide announced today that it has exceeded a major milestone in the implementation of its Hope Squad program.

Grant Us Hope is growing at a rapid rate, now implementing peer-to-peer suicide prevention programs in more than 200 Ohio, Kentucky and Indiana schools. This is an increase of 30 schools added so far this year alone on top of 48 schools added in 2021. This announcement comes as demand for youth mental health support reaches an all-time high.

Grant Us Hope is the regional sponsor of a national effort known as “Hope Squad,” a school-based, peer-to-peer suicide prevention program founded in Utah that equips and empowers students to watch for warning signs in their peers who may be in emotional distress and refer them to adults. The organization is also reducing the stigma of mental health by developing best practices for suicide prevention education that are being replicated across the country.

Diane Egbers, CEO of Leadership Excelleration, founded Grant Us Hope in 2016 after her fifteen-year-old son, Grant, took his own life in 2015. Through her grief and loss, Diane was inspired to create Grant Us Hope with a mission bringing hope and support to students struggling with their mental health, their parents and their communities. Grant Us Hope began implementing Hope Squads across the region in 2018, and demand has grown exponentially.

“Youth mental health is a nationwide issue in need of urgent attention as suicide is the second leading cause of death among our kids, ages 10-14,” Diane said. “Peer and parent support and education is more vital than ever before. That’s why the work we do at Grant Us Hope is so important, especially now. We know Hope Squads work and are saving lives every day.”

The number of youth and young adults struggling with feelings of loneliness and despair have increased substantially since the outbreak of the pandemic. According to a recent report from Harvard University called Loneliness in America: How the Pandemic Has Deepened an Epidemic of Loneliness and What We Can Do About It, a staggering 61% of young adults aged 18-25 and 51% of mothers with young children reported serious loneliness.

The report is based on Making Caring Common’s recent national survey of approximately 950 Americans. Grant Us Hope programming coincides with and directly addresses each of the three key findings outlined in the report, further proving and solidifying the positive impact the organization is having in its Hope Squad school cultures and communities and beyond.

– Grant Us Hope is partnering with its Hope Squad schools to integrate and educate culture change at all levels of school communities through curriculum, training, support, leadership development opportunities, events, conferences and more.

– Grant Us Hope is working with state legislators to develop statewide infrastructure that supports the implementation of Hope Squads in every school across the region.

– Caring for others through peer support programs is at the core of the Grant Us Hope mission.

Hope Squad students are trained to be the eyes and ears of their school as they watch out for their peers in distress, then safely refer them to trusted adults who can help.

William Mason High School Hope Squad in Mason, Ohio was also recently featured in an ABC 20/20 special report called 24 Months That Changed the World, in which U.S. Surgeon General Vivek Murthy said, “We need to train psychologists and therapists and we have to think about how we train families as well, including parents, on how to identify concerning symptoms. We need to support peer support programs which are also an important part of supporting kids.”

Thanks to the work of Grant Us Hope, more than 200 schools across Ohio, Kentucky and Indiana now have benefited from Hope Squads with more than 700 trained advisers, serving more than 400,000 students. Grant Us Hope has also trained more than 3,000 people, equipping them with live-saving skills.

As the demand for Hope Squads and the related mental health resources Grant Us Hope provides grows, community advocacy and financial support is needed more than ever. It costs approximately $5,000 to create and implement a new Hope Squad in a school.

To make a tax-deductible donation to help underwrite these efforts, visit grantushope.org.

Rebecca Reder, OTD, has been serving as interim executive director and chief operating officer of Grant Us Hope since January, and will continue to serve at Grant Us Hope once Scott joins the team.

Scott has been at the helm of Kettering City School District’s 12 schools, 1,000 employees and 8,000 students serving as superintendent since 2014 and was Reading Community City School District’s superintendent for 12 years prior to that. Earlier in his career, he served as principal at various school levels in the Reading, Lockland and Mason City school districts near Cincinnati.

An experienced leader with a plethora of leadership training and education certifications, Scott is also current president of the Buckeye Association of School Administrators, Ohio’s school superintendent leadership organization. He has also served on the National School Boards Association and the Valley Association of School Administrators, has been an adjunct professor at both Wright State and Xavier Universities, and is the former president of both the Ohio Distance Learning Association and the Reading Chamber of Commerce. Scott has additionally been a vital member of the Grant Us Hope Board of Advisors since 2019.

“This is an exciting time as I close this chapter of my career as superintendent while stepping into the role of CEO of Grant Us Hope,” Scott said. “I can think of no better way to continue the momentum of my life’s work than to be positively impacting our next generation in this new leadership capacity. I have been an advocate for the life-changing and life-saving work of Grant Us Hope for many years, and it means so much to now have the opportunity to lead the talented team responsible for furthering this tremendous and important mission to save young lives.”

Suicide is the second leading cause of death among youth ages 10-14.[1]

Grant Us Hope works to prevent youth suicide by educating, engaging, and empowering young people, creating communities of leadership, advocacy and awareness around mental health and suicide prevention, ultimately changing the culture of schools. One of its primary initiatives is the implementation of a proven peer-to-peer suicide prevention program called Hope Squad in schools across the region. Hope Squad students are trained to recognize warning signs in their peers who may be in distress and to refer them to trusted adults who can help.

Under Scott’s leadership, Grant Us Hope aims to expand its Hope Squad programming and other mental health services for teens and families who are struggling nationwide.

Diane Egbers, CEO of Leadership Excelleration, founded Grant Us Hope in 2016 after her fifteen-year-old son, Grant, died by suicide in 2015. Out of her tragedy, Diane was inspired to create Grant Us Hope in her son’s memory. She now serves as board chair of the organization and remains dedicated to offering hope and support for struggling youth and their parents. She is also committed to changing the cultural dialogue around teen mental health and suicide prevention through sharing both her personal story and Grant Us Hope programming.

“Scott is a brilliant and compassionate leader, and I am elated he has chosen to take on this new leadership role at Grant Us Hope,” Diane said. “As our society emerges from the pandemic, a record number of youth are struggling with feelings of depression and hopelessness. Our goals at Grant Us Hope are to change school cultures, remove stigmas and save more young lives, together. With Scott’s help, we hope to increase our visibility and ability to create even more communities of mental health awareness, support, leadership and suicide prevention. This is critically important work, and I am so grateful Scott is so enthusiastic about our cause.”

In his role as CEO, Scott will guide the Grant Us Hope staff and leadership team while overseeing strategic planning, business development, fundraising, government and legislative relationships, while building community and business partnerships, and working diligently to advance the organization through collaborative leadership, awareness and advocacy.

Thanks to the work of Grant Us Hope, over 200 schools across Ohio, Kentucky and Indiana  are now equipped with Hope Squads, serving more than 400,000 students. In addition, Grant Us Hope has trained over 3,000 people in life-saving skills though a multitude of trainings. The Hope Squad program has received national recognition for its effectiveness, and has been well-received by communities, families and school administrators. The demand for Hope Squads and related mental health resources that Grant Us Hope provides are at an all-time high. 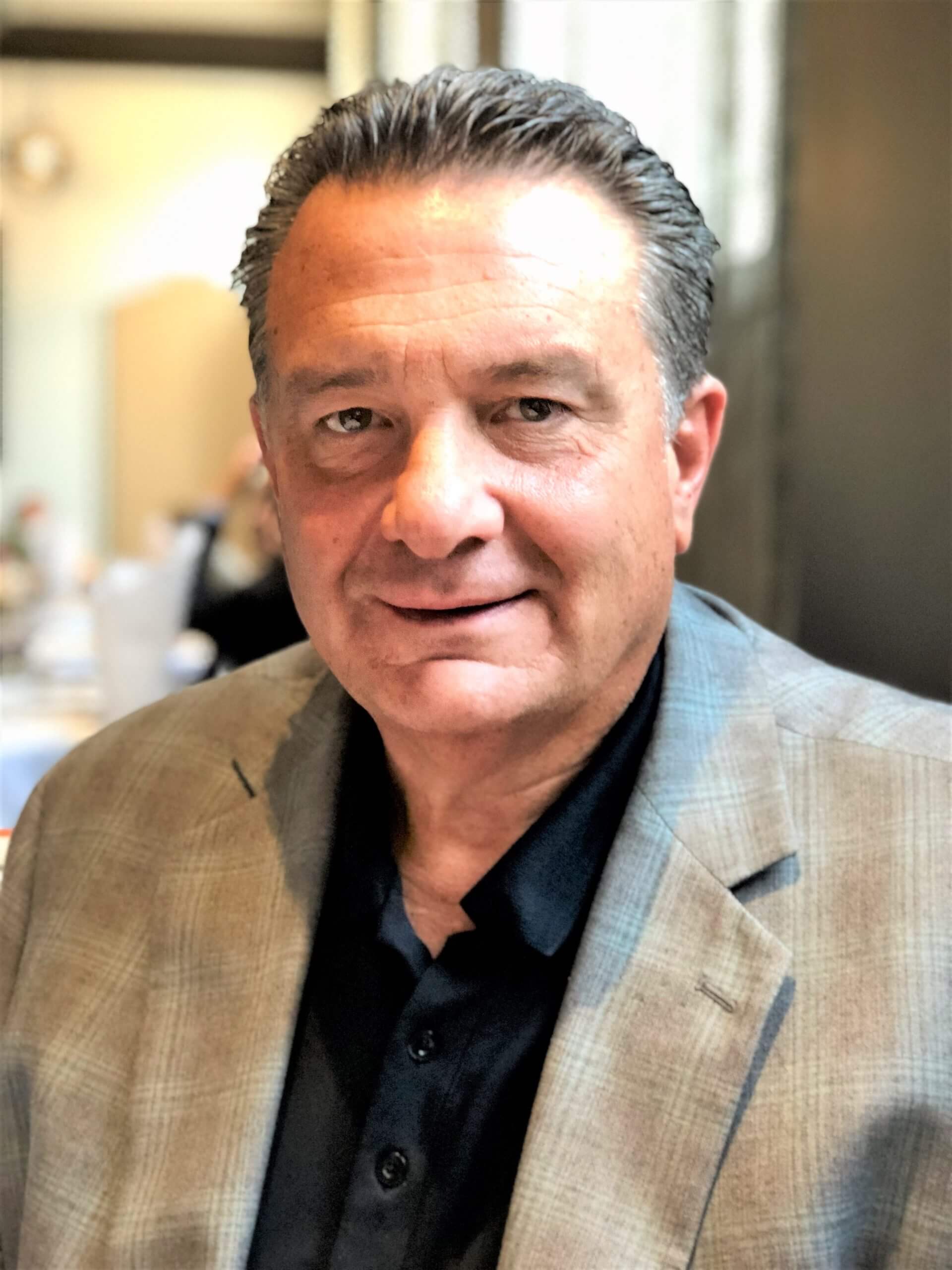 We are pleased to announce that Grant Us Hope has been selected as a winner of the Social Impact Fund through Pay It Forward Cincinnati (a collective giving group comprised of employees of Ingage Partners). The voting was so close (within 1%), so they decided to award 1/3 of the total to each of the top three organizations. So, Grant Us Hope received $13,500 and 35 hours of professional services. The funds will be used to expand Hope Squad in the Greater Cincinnati area, and the pro bono hours will be utilized to improve our IT programs, processes, and procedures. We would like to congratulate our co-winners and thank those who recognized Grant Us Hope and our impact within our communities. 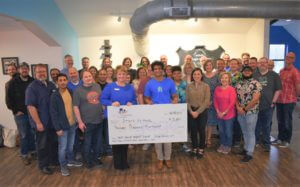 Grant Us Hope is thrilled to announce that its founder, Diane Egbers, has been selected as the winner of the 2022 Kent Clapp CEO
Leadership Award, the top honor among the prestigious Medical Mutual Pillar Awards for Community Service presented by Smart Business Magazine. Diane was chosen for her exceptional service and commitment to the community through both her for-profit and nonprofit work. She was honored at a virtual event ceremony held on February 9. She was one of 19 local leaders also recognized as 2022 Pillar Award recipients. Congratulations, Diane. 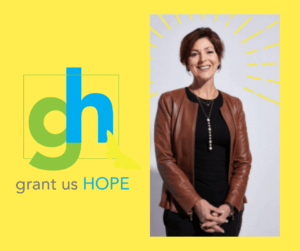 Fighting the Stigma of Mental Health

Teens, Mother Trying to  Cut Down On Suicide Rate Among Youth